The Indian Navy made a big announcement on Monday that for the first time in history, two women officers will operate flying missions from warships.

Sub Lieutenant (SLt) Kumudini Tyagi and SLt Riti Singh have created history after being selected to join as ‘Observers’ (Airborne Tacticians) in the Indian Navy’s helicopter stream that would ultimately pave the way for women being posted in frontline warships.

The two have made India very proud. They will operate helicopters onboard the ships, an area where male officers reigned. Sub Lt. Singh, who hails from Hyderabad is the third generation from her family to serve in the armed forces. Her grandfather was in the Army and her father in the Navy. “It was my dream to adorn the white uniform,” she said.

For Sub Lt. Tyagi, who hails from Ghaziabad, the Navy was all about the water, till she joined the force. “I was motivated to join the naval aviation wing, on hearing about the death of woman officer Lt. Kiran Shekhawat in 2015 in an accident involving a Naval aircraft. Navy personnel work on the land, air and water that was a challenge I wanted to take up,” she said.

Earlier, entry of women was restricted to the fixed wing aircraft that took off and landed ashore. The two are a part of a group of 17 officers of the Navy, including four women officers and three officers of the Indian Coast Guard, who were awarded ‘Wings’ on graduating as ‘Observers’ at a ceremony in Kochi.

Announcing the decision, the Navy said in a statement: “In yet another first in the history of Indian naval aviation, two women officers have been selected to join as ‘Observers’ (Airborne Tacticians) in the helicopter stream” and “they would in effect, be the first set of women airborne combatants who would be operating from warships”.

So far, the entry of women officers was restricted to fixed-wing aircraft that took off and landed ashore, the Navy said. On Monday, Rear Admiral Antony George NM, VSM, Chief Staff Officer (Training) presented the awards and coveted wings to the graduating officers.

The Chief Guest also awarded the ‘Instructor Badge’ to six other officers, (five from the Indian Navy including a woman and another from Indian Coast Guard) who had successfully graduated as Qualified Navigation Instructors (QNI) on the occasion.

The statement quoted Rear Admiral saying: “The fact that it is a landmark occasion wherein, for the first time, women are going to be trained in helicopter operations, which would ultimately pave the way for the deployment of women in frontline warships of Indian Navy.” It added that officers of the 91st Regular course and the 22nd SSC Observer course were trained in air navigation, flying procedures, air warfare, anti-submarine warfare and exploitation of airborne avionic systems.

This is a historic moment as it paves way for women being posted on board Indian warships in the near future, the Navy informed. 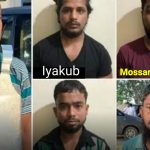 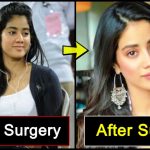