Bollywood celebrities love to alter their appearances to look fabulous on screen. They are quite bold and not afraid to go under the knife. Some of these surgeries even cost a fortune but our famous superstars do not want to lag in the limelight.

Desi Girl Priyanka Chopra underwent Lip and Nose Surgery for a fuller look. Many of the critics argue that the changes have destroyed her overall facial features but Priyanka never fails to look gorgeous on-screen and has given the most striking performances in films.

Jhanvi, daughter of Sridevi has made her powerful debut in romantic drama Dharak. She is a fresh face to her audience and to maintain her charm, she has gone through full facial sculpting.

Shruti Haasan is one of the most prominent actors of south Indian cinemas. After she made her debut in Bollywood, many of the viewers asked if she got a nose job! Shruti revealed that she opted for rhinoplasty for medical reasons. Later she said she got lip fillers for lip enhancement.

Shilpa Shetty was one of the most promising actors of the 90s Bollywood era. She is known to be a size zero and a fitness freak. Although she has denied all rumors of going under the knife, she has gone through a skin lightening, nose job, lip enhancement, face, and eyebrow lift!

Vaani was most talked about in Bollywood after the first teaser of befikre came out apparently not for her excellent dance moves but a drastic change in her face. Social media trolled her for getting a chin and lip surgery, but Vaani refuted the rumours, says she has only lost weight and too broke to get plastic surgery.

Koena Mitra’s career posthumously ended right after her nose job. The surgery went horribly wrong with her face getting disfigured for lifetime. She was under medications to cope with further damage to her face.

Ayesha was a well known actress in the 2000s. Her fans adored her for her chubby cheeks and a beautiful buxom. However after her marriage, the transformation didn’t go down well with her fans.

Anushka Sharma was heavily trolled for her duck face in Bombay velvet.  She apparently had lip fillers which looked quite awkward on screen. Although, she said that it was temporary, its doubtful if true at all.

Preity Zinta was among the most wanted actresses in 2000 Bollywood. Post marriage she quit the cinema industry for various reasons but the audience cherished her dimples and round cheeks. Recent reports show that the actress went through lip fillers, botox and facelift as well! 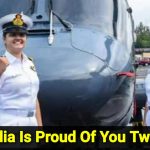 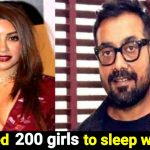