It is cognisance of the fact that social media platforms have helped celebrities gain massive popularity that too in a short span of time. On the dark side, there are some people who intentionally stoop to their lowest level to abuse or troll celebrities.

Just like any other celebrity, popular actress Munmun Dutta is quite active on social media and she keeps posting her stuff and whereabouts. Earlier, when she posted a couple of pictures on her Instagram from Navratri episodes of Taarak Mehta Ka Ooltah Chashmah.

To the unversed, she is an Indian film and TV actress and model and appears in daily soap of channel Sub TV Taarak Mehta Ka Ooltah Chashmah as the popular character of Babita. The fans of TMKOC like this actress even more.

After posting the gorgeous pictures, she got a lot of compliments about her beautiful looks and attire. Among many, one of the social media users had passed a loose comment on her picture.

To this strange and absurd comment, Munmun gave a befitted reply.

She had backfired him by writing:

“Why have you come here to beg? Did you forget your standard? You talk rubbish just like your face. No one would even spit on you. If you are brave, come forward and talk. And one more thing, I thought it’s better to show you your standard before I block you. Understood you illiterate guy? Now go from here with your ugly face and spread filth somewhere else”.

Tamil TV actress Neelima who is known for appearances in several films and serials hosted a chat session with lakhs of followers. She did her best to reply to many of the questions which were asksed by fans. Most of the fans asked questions based on her professional career.

Meanwhile, a pervert asked an inappropriate question writing “How much for a night” with vulgar emojis. Neelima, who came across the question replied to him in a humble yet powerful manner.

“I expect some decency brother ! God bless you ! Abusing people is a pervert’s mind, please visit a psychologist! You need help” her reply read. 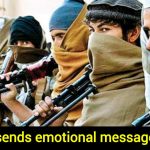 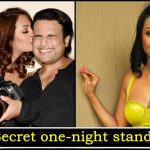