Case in point, the fans often hear something interesting or dirty as far as Bollywood is concerned. It is not just about nepotism but it is something else. We have the list of Bollywood celebrities who have experienced one night stands and have also admitted in public.

While some of them were expected, a few were unexpected. In fact, some celebrities even found their true love due to these flings. Here is the list of Bollywood celebrities who did not shy away and openly confessed to having one night stand they had:

Tagged as the serial kisser of Bollywood, Emraan Hashmi had to be featured in this list for obvious reasons. In an interview with a channel, when he was asked what he really misses about being single, he said he misses one-night stands.

Sherlyn Chopra, who has always exhibited herself as a bold and beautiful image in the industry grabbed eyeballs due to bindaas attitude. She openly admitted that it was the best night of her life. She also added that she found true love as a result of her fling. Nonetheless, the model turned actress believes in unconditional love.

In an Interview, Aashiqui 2 actor Aditya Roy Kapoor added: “I haven’t somehow been able to let myself have a one-night stand. But, they happen all over the world. If an attractive woman is ready for it, no single guy really says no. There’s nothing wrong with having one-night stands. It’s a personal choice.”

Kashmira Shah stunned the Bollywood fraternity when she confessed to meeting the love of life Krishna on a one-night stand.

Ranveer Singh is considered as one of the biggest flirts of Bollywood film industry. In the old video of Ranveer Singh and Anushka Sharma in the year 2011, Ranveer can be openly heard asking Anushka in Koffee with Karan show: “Hey, you want your a** pinched? I’m right here.” As Karan Johar laughs, Anushka looks shocked and eventually warns Ranveer by saying, “Don’t talk to me like that.”

Ranveer confessed that he had one night stands in ‘Koffee With Karan’. 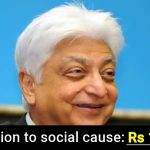