In shocking news that took everyone by surprise, A merchant navy officer, identified as Dhananjay Arora, is said to be missing from his sailor ship, since 13th September. The shipping company hasn’t given any information about the whereabouts of the sailor.

Hailing from Delhi, the 21-year-old navy cadet was reported to be last seen at the deck of the ship on September 13 around 5:00 PM by crew members. According to the sources, at the time of incident the ship was enroute from N’Goma FPSO, Angola to Ningbo, China, vessel loaded with cargo of Crude Oil.

Dhananjay has previously revealed that he was humiliated by one of his senior officers. Arora’s sister said, “We are not being provided with any news over my brother’s missing by the authorities. We are being ignored and mis-guided, probably the Navy authorities are trying to hide something from us.”

The young navy cadet’s family, friends and netizens took to social media to bring this matter into light and asked the concerned authorities for help. Arora’s family has also approached PMO and Home Minister but till now his family has not received any help or even a response from the higher authorities.

The victim’s family has been seeking help by posting his images on Facebook and Whatsapp. They tried to take it to twitter with #RescueDhananjay #FindDhananjay and #DhananjayAroramissing.

The post read “We are going to start a mass twitter campaign today with hastags #RescueDhananjay #FindDhananjay and #DhananjayAroramissing for Navy Cader Dhananjay Arora and please tag as many authorities as you can. We request you to join the campaign and tweet, also please share it as much as you can so that it reaches to as many authorities.”

Here is the complete detail of the ship and Cadet:

Virendra Kumar, Arora’s father, stated Dhananjay had nine month contract with Elegant Marine Service Private Limited. His father further told that Dhananjay spoke to his mother and sister on 13th September over the telephonic. During the conversation, he said that he was about to reach Mauritius.

His father said, “Dhananjay sounded anxious on the call. When we asked him if everything was fine, he said he will call us at night and will inform everything. Meanwhile, he also sent a picture of one of his officers to us through WhatsApp. He told us to keep those pictures safe.” 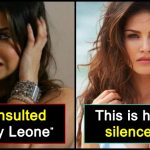 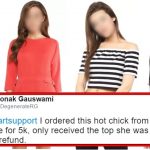