Madan Sharma is a retired navy officer who lives with his family in Kandivali east in Maharashtra. On Wednesday he shared a cartoon personating chief minister Uddhav Thackeray bowing down in front of NCP chief Sharad Pawar and Congress president Sonia Gandhi on WhatsApp group which comprises of the residents living in his society. One of the group members had allegedly acquainted Kamlesh Kadam about the chats who is an active shiv Sena worker ae well as the shakha pramukh of the party’s Kandivali unit in Mumbai.

On Friday morning, Sharma received a phone call from Kadam who asked him why he had posted the cartoon. “I explained that I had only forwarded the cartoon from one WhatsApp group to another,” Sharma said in his statement to the police.

After two hours of the conversation, an unfamiliar man apparently called in Sharma’s home and asked him to come down to the society’s main entrance to talk. Sharma told the police that he was approached by eight to ten men, who repeatedly asked him why he had posted the cartoon on WhatsApp. Sharma told them once again that he had only forwarded the message. The men did not listen and attacked Sharma. He was grievously bruised and endured eye injuries.

A CCTV footage shared by BJP’s Kandivali East MLA, Atul Bhatkhalkar, shows a group of men dragging Sharma outside the establishment by his shirt collar and slapping Sharma several times while the society’s security guards watched and did nothing. Sharma somehow escaped and ran home.

Why is congress backing Shiv Sena?

Despite cognitive as well as ideological differences, The alliance between Shiv Sena and Congress has prevailed for more than fifty years from the time Bal Thackeray, founder of shiv sena was closely associated with prime minister Indira Gandhi, former president of Congress but the relationship has shriveled after the emergence of a neo-congress politics by Rahul Gandhi and Priyanka Gandhi.

Call it, a ‘sweet and sour’ friendship or ‘desperate times call for desperate measures’, shiv sena has never shied away from backing congress members in Lok Sabha polls and always extended support by all means.

The new alliance did not allow any single party to form a government on its own. BJP had already clashed with shiv sena on pertaining issues such as seat arrangement and choosing a deserving candidate for the chief ministerial position. Owing to a lack of poll numbers, BJP had backed away from forming the government, as a result, shiv sena along with congress has now formed the majority. Ergo it is apparent that the congress party is laying it’s silent support to Shiv Sena hooligans to thrash any helpless citizen for criticizing the government.

There is peculiar silence among the liberal lobby and the self declared intellectuals of the nation. The well-versed group, as we often observe, has been vocal if any incident took place where they see some scope to target a particular party ie BJP and give back-support to its rivals. Some of the journalists have been working round the clock to build up a narrative that the freedom of expression which the constitution of India guarantees its citizens, is being violated and curbed under the Modi regime. Many led campaigns returning their awards to register their protest against the central government, which brought them tremendous media attention. Our intellectuals left no stone unturned to project India as abominable place under BJP rule.

Sadly the current incident of Shiv Sena goons’ allegedly thrashing a veteran navy officer, has sent shiver all across the country. The family alleged that even mumbai cops came home to arrest the officer himself on instructions from shiv sena bosses. However netizens raised their voice and helped the issue come to the light. The six culprits were granted bail within 24 hours of their arrest. Now they are roaming free in Mumbai which is posing threat to the security of the officer’s family. The question is- Why our liberal and intellectual groups have kept mum on the matter all along? Is freedom of expression not subjugated in Maharashtra ever since Shiv Sena- congress has formed the Government? Is there NO atmosphere of fear prevailing in the state? Why did the liberals lobby fail to at least criticize or utter a word against the incident carried out by Shiv Sainiks? Their double standards towards criminal activities in different states, specifically where congress is in power, make their stance dubious. 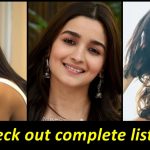