There is nothing under the sun that one cannot touch the pinnacle of success with individual talent. At any time, life can change and all one can do is to set goals high and to march towards it each day of life. Ummul Kher faced a lot of ups and downs in life. But that’s didn’t stop her from becoming an IAS. The story of Ummul Kher will surely inspire you in many ways and let’s go through her journey.

The 28-year-old woman has achieved something incredible in her life which others can only dream of. Ummul Kher who secured 420 ranks in the UPSC Civil Services exam faced difficulties in her career before touching the pinnacle of success.

Hailing from Delhi, Ummul Kher was disowned by her parents due to the fragile bone disorder she had since she was a kid and wanted to study further. She cracked the Civil Services Examination in her first attempt with All India rank of 420. She proved the world that DREAM IS THE WISH THAT YOUR HEART MAKES and you can fulfill all your wishes if you are focused.

She moved to Delhi with her family from Rajasthan, where her father used to work as a street vendor selling clothes near Hazrat Nizamuddin and she endured 8 surgeries for 16 fractures due to her disease. After completing her class 5th from Pt. Deendayal Upadhyay Institute for The Physically Handicapped she later joined Amar Jyoti Charitable Trust where she studied till Class 8th and she had to pay nothing as it was a Government Organization. She wanted to study further, but her parents were against her study and broke all their love bonds with her.

As per her, she was even abused by her parents and got questioned on her study intentions which was a worst time for her. Then the brave lady left home and started living in a Jhuggi(hut), slum area as she could afford only that, in Trilokpuri. She helped children in their studies to bear her expenses for survival and support herself. She would provide tuitions till 11 pm at night, where most children were from slums and she was hardly earning Rs 50- Rs 100.

She scored 92% marks in Class XII, and got an admission in Gargi College, Delhi, later she cracked the Junior Research Fellowship (JRF) in Jawaharlal Nehru University (JNU), under which she started getting Rs 25000 per month.

She is hoping to get IAS under physical disability quota. Let’s pray for her success and wish her all the best for her life with all the positive attitude she had towards such a painful life.

She has now become an inspiration for many youths who dream to crack the UPSC exam. She has achieved what others dream of. Many people read her inspirational story and get motivated. Let’s praise her for a big achievement. 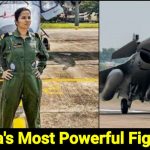 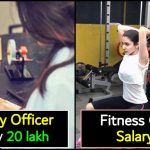