Recently, the desert locusts have migrated from Pakistan to India and have largely ravaged cotton, wheat, maize, and other crops. These insects are destroying crops in India on a large scale as they get favorable weather conditions there.

India is already going through a bad patch due to the coronavirus epidemic. Now, due to locusts, food sources for people and their livestock are at risk. The Indian government has come under threat after the dangerous locusts entered India that have devastated crops on a large scale. The locust swarms have caused widespread damage to crops. The locust attacks have pushed farmers into distress as crops in large tracts of farmland have been damaged and what is worse is that their farmland too have been affected.

Meanwhile, a video of a locust being ‘caught and interrogated’ has gone viral in which a man can be seen holding a locust in his hand and ‘questioning’ it over its motto behind entering India.

The video, which is doing the rounds on social media, was shared by a Twitter user. “A Locust caught red handed in India. The LIU ( Local Investigation Unit ) is investigating the case. Hope soon the conspiracy behind the attack would be unearthed. Bolega , jald bolega sab raaz uglega ! (sic)”. The video has received over 49,000 views and has garnered over 3,000 likes within 24 hours of being uploaded on the micro-blogging website.

India is facing the worst locust infestation in more than two decades. Earlier, locusts had attacked Pakistan which came from Iran. Following which, Pakistan had to impose a national emergency to curb the situation in Pakistan. Islamabad also sought help from India to fight the locust attack.

The Centre said it is making all necessary efforts to curb the spread of swarms of locust in Rajasthan, Gujarat, Punjab and Madhya Pradesh, and will soon deploy drones to spray pesticides to avert the migratory pests. 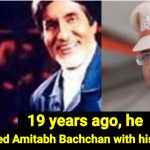 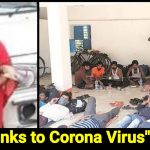