It has been over a month since the legendary actor Irrfan Khan passed away. He was a good human being who entertained millions of people across the world with his superb acting skills. Besides that, he extended a helping hand towards the poor and needy.

Remembering the generous actor now, one of his close friends and neighbour from Jaipur, Ziaullah, in an interview with Pinkvilla had recalled how good Irrfan was.

He also revealed how the late actor always believed in doing charity on the condition of anonymity and ensured that no news about the same came out in the media. Ziaullah added that Irrfan Khan had also donated for the patients of coronavirus but at the same time, warned everyone against talking about it.

He said, “With the coronavirus situation we were creating funds to help people. When we spoke to his brother, he was ready to help and even Irrfan helped us with funds for poor people. His only clause was nobody should know that he has helped. As a family, they believe that the right hand shouldn’t know what the left hand has given. For him, it was more important that people feel relieved.”

“He was very attached to his mother. He would rush home whenever he was informed of his ammi (mother’s) health. He would visit if it is for a short period, but his arrival to meet his mother was indubitable,” he said.

Irrfan Khan made his Bollywood debut with Mira Nair’s Salaam Bombay in 1988 and has worked in many films since then. He touched the pinnacle of his career when he was part of many Hollywood projects, from Jurassic World to Slumdog Millionaire. Irrfan Khan was the only actor in the world to be part of 12 oscar-winning movies. It is indeed a mind-boggling record.

The actor was diagnosed with a neuroendocrine tumour in the year 2018 and sought treatment in the United Kingdom for a year. The actor returned to India in February 2019 and then shortly resumed shooting for his movie named Angrezi Medium.

In February this year, Irrfan Khan addressed his fans and followers in a heartwarming voice message, adding that he will not be able to promote the film due to his health issues.

Irrfan’s mother drew her last breath just four days before him. The late actor was suffering from the neuroendocrine tumour for over a year and was being treated for the same in New York. He had returned to India after shooting for his last film Angrezi Medium. Irrfan passed away at Mumbai’s Kokilaben Hospital on April 29.

Unfortunately, the actor couldn’t attend the funeral owing to the nationwide lockdown. Then he was admitted to the Kokilaben Dhirubhai Ambani Hospital in Mumbai due to colon infection. Unfortunately, he passed away the next day. 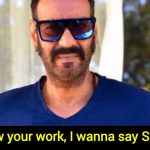