“Villain on the screen and hero off the screen” is the best phrase to describe Sonu Sood. The Indian actor has emerged as a real hero for migrant workers and daily wage workers amid nationwide lockdown.

Meanwhile, Singham actor Ajay Devgn couldn’t stop himself from praising Sonu Sood for his heart-touching act. Ajay Devgn lauded him for arranging buses for migrant labourers stranded in Mumbai. The Singham actor wrote in his tweet, “The sensitive nature of the work that you are doing with sending migrant workers back to their homes safely is exemplary. More strength to you, Sonu (sic).”

Sonu Sood responded instantly by thanking Ajay Devgn and said that his encouraging words gave him more “power” to do good.

One must imagine how difficult it is from being thousands of km away from home during this coronavirus crisis. With a lack of income, several migrant workers are facing tough times while staying in different cities.

In the need of the hour, actor Sonu Sood has once again come to help the migrant workers. Thanks to the real-life hero who stepped in at the right place and at the right time on the ground and helped migrant workers who got stuck in Maharashtra and also made travel arrangements for them in this shutdown.

He arranged buses for the hundreds of migrants who got stuck in the city owing to the epidemic Sonu Sood had not only sponsored the travel but also offered meal kits for the workers.

When asked about his work amid Covid-19 outbreak, Sonu told IANS, “I feel it is my duty to help the migrants, the heartbeats of our country. We have seen migrants walking on the highways with their families and kids. We just can’t sit in the AC and tweet and show our concern till we don’t go on the roads, till we don’t become one of them. Otherwise they will not have the trust that there is someone standing there for them. So I have been coordinating for their travels, for permissions from different states.” 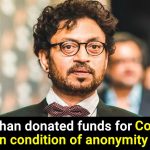 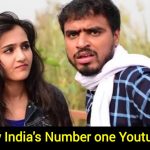