“Villain on the screen and hero off the screen” is the best phrase to describe Sonu Sood. The Indian actor has been truly sensational when it comes to helping people in this nationwide coronavirus lockdown.

One must imagine how difficult it is from being thousands of km away from home during this coronavirus crisis. With a lack of income, several migrants workers are facing tough times while staying in different cities.

Earlier, Sonu Sood helped migrant workers who got stuck in Maharashtra and also made travel arrangements for them in this nationwide lockdown. He arranged 10 buses for the hundreds of migrants who got stuck in the city owing to the epidemic Sonu Sood had not only sponsored the travel but also offered meal kits for the workers.

The actor added that during the current global crisis, “every Indian deserves to be with their families and dear ones.” He also thanked the government officials for all their help in sending the migrants back home.

“It was really moving for me to watch these migrants walking on roads including the little kids and old parents. I shall continue doing the same for other states as well to the best of my abilities,” Sonu said.

The actor went on to add saying that he will try to help migrant workers from Uttar Pradesh, Bihar, Odisha, and Jharkhand to get to their native places too.

Previously, Sonu Sood offered his hotel in Mumbai as a residential facility to help healthcare workers in this crisis and also provided PPE kits for doctors too.

Impressed by Sonu Sood’s good work in this crisis, a fan asked him a quirky question and Sonu replied in his own style. A fan wrote, “Sonu bhai main apne ghar me fasa hua hu. Mujhe theke tak pahucha do (Brother, I am stuck at my home, please help me reach a liquor shop).” The actor replied, “Bhai main theke se ghar tak to pahucha sakta hu, zarurat pade to bol dena (Brother, I can help you reach home from a liquor shop, if you need help do tell me).”

Recently, Union minister Smriti Irani also praised the actor and said, “I’ve had the privilege of knowing you as a professional colleague for over 2 decades now @SonuSood and celebrated your rise as an actor, but the kindness you have displayed in these challenging times makes me prouder still thank you for helping those in need.”

Uttar Pradesh government has sealed the borders in an attempt to prevent the entry of coronavirus carriers. However, Sonu Sood sought permission from District Magistrates of Lucknow and Siddharthnagar and eventually made this possible.

“I am grateful to my friend and Additional Director General (ADG), Lucknow Zone – Satya Narain Sabat – for getting me required permissions. Another friend Neeti Goel also helped me and we are providing people with food, rations, medicines and PPE kits as well,” he told The Times Of India. 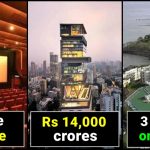 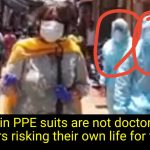