While Pakistan and other Muslim countries continue to show make global headlines about Rohingya Muslims, the Modi government today sends about 700 tonnes of food by the INS Gharial to Chittagong in Bangladesh where Rohingya Muslims are staying.

The relief materials were dispatched on the ship from the Kakinada Deep Port on Saturday evening.

The Indian governement is providing this relief material to Rohingya refugees on humanitarian grounds.

They are likely to be distributed among over 62,000 Rohingya families.

The decision comes amid India’s decision to deport nearly 40,000 Rohingya refugees who are allegedly involve in many riots across India and may do harm to the national security.

The home ministry later filed an affidavit in the Supreme Court of the country responding to petitions that challenged the decision.

“Every country will decide its course of action based on its own foreign, security policy and balance of population,” Finance Minister Arun Jaitley has said. 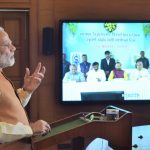 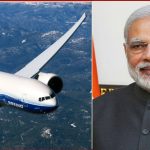