There is no doubt that India and Pakistan have produced notable billionaires even as family businesses have passed down from generation to generation. However, India are comparatively better than Pakistan in terms of the number of billionaires.

There are as many as 131 billionaires in India. On the contrary, there are 7 billionaires in Pakistan. It is cognisance of the fact that the richest Indian billionaire is Mukesh Ambani whereas Mian Muhammad Mansha is Pakistan’s richest man. Now, in this article, we will learn about the two different billionaires and their net worth.

For the 12th straight year, Reliance Industries’ chairman Mukesh Ambani is the richest Indian billionaire with a net worth of $52.6 billion. No one in this country has come close to his net worth. It’s because of an epic success of his telecom company Reliance Jio, he is enjoying a staggering wealth.

Ambani also owns some richest cars. His collections comprise Mercedes Maybach, Aston Martin Rapide, Rolls Royce Phantom and Bentley Bentayga. It should be noted that Bentley Bentayga is one of the fastest production SUVs and one costs Rs 7.6 crore. Interestingly, Ambani’s own two of these!

One of the most successful and powerful businessmen in the world, Mian Muhammad Mansha is the wealthiest or richest person of Pakistan. The Pakistani business magnate and billionaire is the founder and CEO of the Lahore-based international conglomerate Nishat Group.

Mansha and some of his family members are among the richest and highest tax-paying individuals in the country. Mian Muhammad Mansha is also the owner of Muslim Commercial Bank, Adamjee Group, Nishat Chiniot power and also has several stakes in the transport industry

Mansha is now on the board of several prominent institutes in Pakistan and is also one of the most powerful and influential people in Pakistan. He was also awarded the Sitara-e-Imtiaz civil award by President of Pakistan Pervez Musharraf on 23 March 2004. One of Mansha’s companies, identified as Nishat Textile Mills Limited, is the largest exporting entity in Pakistan.

Digging a bit deep about his personal wealth, Mian Muhammad Mansha was named the richest Pakistani in the year 2008 by Daily Pakistan with a staggering net worth of US$2.5 billion which is equivalent to Rs 200 billion at that point of time. It is worth mentioning here that in March 2010, Mansha was the first ever Pakistani making it to the Forbes billionaires list. 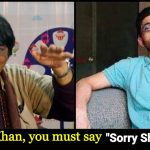 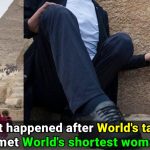