The lockdown has simply worsened the misery of the poor in the country, especially the migrant workers who migrate to big cities from their villages in search of jobs. Ever since the shutdown was announced, the migrants have been the hardest hit.

The Railways decided to carry migrant labourers to their native places, therefore, Shramik Special Trains were pressed into service. Migrant workers and stranded people are boarding Shramik special trains to return to their home states.

Meanwhile, the lockdown has brought happiness to Urmila Devi who is from Asansol district in West Bengal. A long wait finally comes to an end for Urmila Devi who had waited 20 years for her husband.

She had been separated from her husband Suresh Prasad 20 years ago, when he disappeared all of a sudden. After several years, Urmila came to know that her husband was working as a daily wager in New Delhi. The woman raised her four children – two girls and two boys single-handedly.

Suresh Prasad was among hundreds of daily wagers brought by train from Delhi. The identification process was going on at the quarantine centre where the local police came to know about the story of Suresh Prasad who went missing 20 years ago.

Cops informed Urmila about her husband and finally, the couple met each other after two decades. Suresh Prasad said, “I came by train from Delhi. I was staying at Kashmere Gate in Delhi, doing daily labour. I had left this place 20 years ago after a bout of depression and stress. During shutdown the Kejriwal government (government of the national capital) had kept me in a school and then sent me home by train”.

“After eight years, I received a letter saying, he was in Chandni Chowk in Delhi and don’t try to trace him,” said Urmila Devi.

The whole world is in a state of shock after the novel coronavirus pandemic impacted lakhs of people’s lives. The speed with which corona is spreading seems unstoppable. There have been over 2 lakh confirmed Covid-19 cases in India so far, including 5,679 deaths. So far more than 98,000 people have recovered from the coronavirus pandemic. 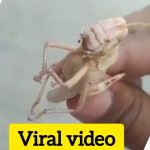 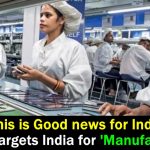