In shocking news, an Indore resident took an extreme step by killing his wife in front of his son at Bajrangpur in Indore.

According to sources, the accused wanted to sell off his property but his wife was not in favour of selling the property, thereby they had a heated argument.

The dispute escalated to such an extent that the accused, who is identified as Dinesh, hit his wife in the head with a shovel in front of their 11-year old son. The husband and wife were at home when the incident took place at 10:30 am.

When the woman stopped Dinesh from selling their home, he started arguing with his wife over the selling off the property. The dispute broke out between them and the accused brought the spade from outside, ran after the woman and attacked her. The victim, identified as Draupadi, 30, was rushed to the hospital after suffering severe head injuries but was declared brought dead by the doctors.

The victim’s mother Sadhurani, a resident of Ram Nagar, revealed that the dispute had been going on for a long time. The accused was arrested and put behind the bars from the Bajrangpur area of Indore.

Local police confirmed the incident to media reporters that the accused assaulted his wife with a spade in front of his son who is just 11-year old.

The accused admitted to the crime and said that his wife was arguing with him over selling off the property which led to a dispute. Police officials stated that the victim’s family members lodged a complaint against Dinesh accusing him of killing her.

According to the police officials, the husband had an argument with his wife before he started assaulting her, which could give us a hint that he killed her in extreme anger following an argument. 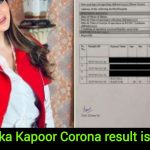