Even as physical classes across the country continue to remain paralyzed amidst COVID 19 pandemic scare, online classes have become a new normal in the academic arena.. However, in the countryside of the country, there are millions of students who are not privileged enough to have access to online classes in absence of internet connectivity, mobile phones, desktops and laptops.
Realizing the predicament of these poor kids, Srijan Ka Sankalp, a leading NGO of Uttar Pradesh, working in the areas of education, health and skill development, has come up with an innovative idea to bring education to the doorsteps of village children, students through Shiksha Ki Gaadi campaign to ensure their teachings are not affected and they get quality education at par with students living in towns and big cities.

After tremendous response to its first Shiksha Ki Gaadi, this NGO has recently launched its second Shiksha Ki Gaadi to impart mobile teachings to the poor village kids
This Gaadi (vehicle) equipped with smart television and other education tools chugs from one village to another village where the volunteers of Srijan with the help of smart TV and other teaching tools educate village children on various subjects and topics.
As this Shiksha Ki Gaadi enters a village and makes a halt, it is swarmed by children with a found hope that they will get something to learn.

Talking about the motive behind launching `Shiksha  Ki Gaadi’, Srijan’s CFO, Nikhil Srivastav said this initiative has been taken primarily to educate those village children who do not have access to  online  classes because of non availability of mobile phones, laptops and desktops at their houses.
“On account of continued lock down of educational institutions in the country, the new academic session of students has got completely spoiled. Since many village schools do not have the facility of providing online classes to students because of internet dis connectivity, this novel idea of reaching out to such students in villages whose education has got badly hampered, stuck our mind. Subsequently,  we decided to make education  available  to all such students  through Shiksha Ki Gaadi’’, Punit said adding that his organization intends to  start the Shiksha Ki Gaadi campaign, in states  like Madhya Pradesh, Uttar Pradesh, Bihar, Jharkhand, Uttarakhand and Maharashtra  in the coming time. 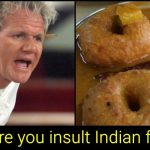