Police Officers are hitting the headlines for all the right reasons. We have seen them donating money to the charity behind the scenes, we have also seen them feeding the hungry people. This time too, it was no surprise that one of the police officers set yet another classic example which others should follow.

He noticed an old lady sitting beside road selling Vegetables for a living. He came to know that there is no one to look after the lady. Her sons abandoned him and she has no other option left but to sell vegetables to survive.

When the police enquired, the old lady said ‘I am doing this for Survival And Medicine as Nobody Is There To Look after me”. Hearing this, the officer immediately offered some money to help her out but the lady politely refused. The police officer then decided to afford all the vegetables to help her. Such a classy act by this police officer left everyone in awe.

A mother is one who takes care of us even before we were born and continues to do the same until her last breath, that pretty much sums up how children mean a mother. Likewise, a child, after gaining consciousness and maturity, starts reflecting the love on mother. 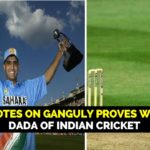 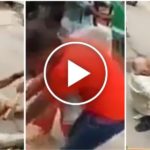