Dr Dharmendra Pratap Singh, a famous surgeon in Gorakhpur, allegedly ended his ex-wife Rakhi Srivastava’s life by pushing her off a cliff at Pokhara in Nepal. Nobody knew this incident until 7 months as the accused kept her alive by updating her social media account.

Rakhi’s second husband identified as Manish Sinha was caught for interrogation at first as the deceased’s family had lodged a serious complaint against him after Rakhi went missing in June.

However, the special task force of Uttar Pradesh Police was led to her first husband and his two associates, Pramod Kumar Singh and Deshdeepak Nishad as the case was finally solved. The three accused were arrested and put behind the bars from Daudpur area of Gorakhpur on Friday, STF Inspector General (IG), Amitabh Yash said.

Rakhi’s brother identified as Amar Prakash Srivastav had filed a missing or kidnapping complaint at Shahpur police station on June 24, against Manish, after Rakhi went missing from Gorakhpur, as per the report in The Times of India.

During the probe, the STF learnt that Rakhi went to Nepal with Manish on June 1. While Manish had returned, Rakhi stayed back. The cops checked the call details of Dr Singh as he was also a suspect in the case. His call records revealed that he too was in Nepal when Rakhi went missing. The STF visited Pokhara to find out that the police had recovered a woman’s body in June’s first week. The body was discovered and it was learnt that it was Rakhi’s.

The IG said that Dr Singh became a main suspect in the investigation and he admitted to have committed the crime as Rakhi was blackmailing him for ‘money’ as well as property. After Manish had left, the accused met up with Rakhi in Pokhara and then took her out, following which he offered her a drink by mixing it with sedatives and later on pushed her off a cliff.

Nonetheless, even after killing Rakhi, the accused kept on updating her social media account through her mobile phone. However, the mobile phone was traced in Guwahati on October 4. 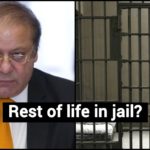 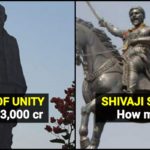