Feelings dejected! In heartbreaking news, a man in Bihar’s Purnia district allegedly beat his only four-year-old daughter to death because his wife took too long to cook mutton, according to police who confirmed it on Thursday.

The shocking incident took place at Fakirtoli village under Amour police station of the district which is about 360 km from capital Patna on Wednesday evening, the police said.

A team of cops rushed to the spot and arrested the man, Shambhu Lal Sharma, 40, and sent the girl’s body to Purnia Sadar hospital for an autopsy.

“We interrogated the accused before remanding him to judicial custody. He was regretful,” station house officer (SHO) of Amour police station Pankaj Kumar said as he confirmed the incident.

A case has been filed against the accused Sharma on the complaint given by his wife. Police said adding that the accused, who works as a labourer in Gujarat, had recently come home on the occasion of Chhat festival.

“Too fond of mutton, he lost his temper when he discovered delay in preparation of his delicacy,” an officer posted at a local police station added.

“In his fit of rage, he started beating his minor daughter who was playing near him. He realised that his action had caused fatal injuries to her when the child went silent and fell unconscious on the ground,” the officer added.

Sharma took his only daughter to Amour referral hospital where she was declared dead by the doctors. Soon after knowing this, he fled leaving his daughter in the hospital, however, police arrested him.

According to the locals, the man would quite often beat his wife as she asked him not to splash too much cash on mutton and liquor.

It has been said that a man had severely beaten up his wife a few years ago and set her on fire in Araria allegedly because she had forgotten to put a sufficient amount of salt in a mutton dish that she had cooked for him. 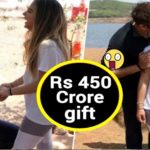