A ‘wicked’ pensioner has been jailed for four and a half years for raping his own daughter and fathering her three children. The accused was identified as Ashraf Khan, 81, from Bradford. Khan’s crime only came to the fore after his victim confessed to their children on her deathbed and they then fought for justice for their mother.

The victim was married to her husband there in the early 1980s, before moving to Bradford, West Yorks, to join him and her father, who raped her and later on, she gave birth to three children in that decade before passing away.

Though, 81-year-old Khan had denied allegations imposed on him, saying that he did not have illicit relations with his daughter. But lies can never be hidden and after the medical report, it came to the fore that the three children belonged to him.

The woman’s husband, who had DNA tests done to confirm the children’s parentage, reported the matter to West Yorkshire Police in 2012.

Ms Langford said: “It was on her deathbed she told her husband the defendant was in fact the father of her three children.”

Despite his wife’s confession and confirmation of the DNA tests the woman’s husband did not report the incident to police straightaway as he ‘wished to continue to act as a father and care for the children he had brought up as his own.

When the matters were reported to police in 2012, at that time, khan had returned to Pakistan and did not come back to the UK until 2016.

The court heard Khan saying in an interview that he did not have any sexual relations with his daughter.

Judge Jonathan Durham Hall QC told Khan during sentencing: “You are a very dishonourable and wicked gentleman, we all now see”

“Her deathbed confession, how dreadful that must have been. Unburdening her soul about this awful trauma she had carried with her” The judge said.

He continued to tell the defendant: “When arrested, you denied matters. Only in the month before your trial did you admit your guilt when you were confronted with the facts and had nowhere to go.

“Those who do this will be regarded as very serious offenders, but in this case, the harm is off the scale”.

Judge Durham Hall said the guidelines for an offence of incest gave a maximum sentence of two years, however the 18-month sentence for each of the three counts would run consecutively, giving a total prison term of 54 months. 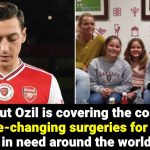 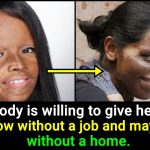