In a shocking development, Maharashtra Navnirman Sena (MNS) chief Raj Thakeray has made a controversial statement on Markaz people who recently attended prayer gatherings organised by the Tablighi Jamaat.

The event was held at Nizamuddin Markaz mosque located in Nizamuddin West in South Delhi where several people came to attend the event from Malaysia, Indonesia, Saudi Arabia and Kyrgyzstan.

Raj Thackeray said that there is no point of treating people who gathered at Tablighi Jamaat event in large numbers, rather they should be shot dead. When the coronavirus pandemic is already raging across the world, hordes of people from a certain community broke the coronavirus shutdown rules in India.

The government has already urged all Indian citizens to avoid social gatherings as part of precautionary measures to contain coronavirus outbreak, but they were constantly attending the event and performing prayer at Masjid.

Raj Thackeray further said that people, who participated in jamaat event, have attacked police personnel, they should be punished in public to set an example that they won’t be spared.

While speaking to media, Raj Thackeray said, “Why are we treating them, they should shot down.”

Tablighi Jamaat people should be killed in public for spreading infection across the country. “If they think that their religion is bigger than the country and want to engage in some conspiracy…they are spitting at people, on vegetables, roaming nude before the nurses,” he said.

“Our country is undergoing such a huge crisis and at such times, they are putting religion above the nation. And if there is some devious consipracy on; then such elemnets need to be singled out and lashed at physically. And such videos need to go viral,” he further added.

The Tabligh-e-Jamaat’s Markaz in Nizamuddin West has emerged as a hotspot of coronavirus as 50 people from Tamil Nadu, 24 from Delhi, six from Telangana, 10 in Andamans and one in Kashmir, who attended the event, tested positive of COVID-19.

At a time when the rest of the world is avoiding leaving home in the current outbreak of coronavirus, thousands of People made their presence at the Mosque to offer Namaz. They organized the event despite knowing the fact that India, at the moment, is under complete shutdown to check the spread of the COVID-19 outbreak.

Complete close down for 21 days has been imposed across the country in order to check the spread of the COVID-19 outbreak. Prime Minister Narendra Modi has urged his countrymen to stay at home and maintain social distancing during the lockdown. 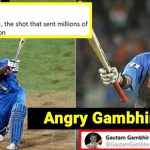 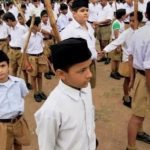