In another heart-wrenching incident in our country, a woman was raped by her father. It is really hard to explain her difficulties as she was raped for one year. How can a father rape his own daughter like that?

After experiencing a terrible ordeal, she had finally filed an FIR against her father.

In case you didn’t know

Religious discrimination is a never-ending issue in Pakistan which has been continuing for a long time and there is no remedy till now. In a population of over 20 crores, approximately 3.4 million people belong to the Hindu community and the majority of which are Dalits or people of Scheduled Castes.

Minorities were never treated equally, an existing issue which Pakistan Prime Minister Imran Khan promised to sort out the woe but hasn’t really brought about any change so far. Even under his leadership, so many Hindus are still going through painful torture like the religious conversion (Hinduism to Islam) and forced marriages to elderly men.

Hindu Parents have lost their daughters to Muslim men after forced marriages and shockingly, they haven’t seen them since 8-9 years. 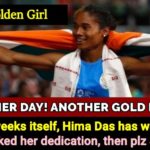