Yet again, the norms have been disrespected, the protocols have been disregarded. Pakistani army fatigues commit yet another unforgivable crime at the LoC border which led to the death of our Indian braveheart soldiers, guarding the border of our country.

The rogues who don Pakistan army fatigues have no respect for any norms. The Indian Army has obviously not taken kindly to two of our jawans being beheaded. There is no reason to doubt their resolve. Rest assured, appropriate response will follow.

However, due to a unique set of circumstances, Indian retaliation cannot remain limited to just military retribution. It must simultaneously be a public and political message.

This is because of two reasons. First, the BJP, while in opposition, had frequently indulged in invective rhetoric against Pakistan. Recall Sushma Swaraj’s demand to bring 10 Pakistani heads if Lance Naik Hemraj’s mutilated body part was not returned. It must therefore be held by the same standard while in power.

Second, Narendra Modi’s self-projected image as a strong leader restricts considerably his options of carrying out a secretive cross-LoC military operation. With Modi at helm, the stakes are high. It is not enough now for Pakistani heads to roll, it must be a public spectacle.

This is an important reason why some details of the 29 September surgical strike were released to media. In any armed conflict between two nuclear nations, the trickiest thing is to achieve the objective while staying within the nuclear threshold.

By now, it is clear that a Border Action Team (BAT) from Pakistan army crossed into the Indian side of LoC and ambushed an Army JCO and a BSF head constable in the Krishna Ghati sector of Poonch on Monday morning. Another Indian jawan sustained splinter injuries.

In a media briefing on Tuesday, KN Choubey, BSF ADG Western Command said: “Taking advantage of the firing from the Pakistan side, BAT forces attacked our jawans and mutilated their bodies”. He added that Constable Rajinder Singh, who was injured, is stable.

The jawans who were killed and suffered mutilation at the hands of Pakistan army have been identified as Naib Subedar Paramjit Singh of 22 Sikh Regiment and Head Constable Prem Sagar of the BSF 200 Battalion.

In a media statement released through Twitter on Monday, the Indian Army Northern Command called it “an unsoldierly act by the Pak Army the bodies of two of our soldiers in the patrol were mutilated” and vowed that “such despicable act of Pakistan Army will be appropriately responded.”

Another Northern Command tweet on Tuesday indicated that a DGMO-level contact with the Pakistan army has been established and an unequivocal message has been conveyed that the “dastardly and inhuman act beyond any norms of civility” will receive proper “response.” 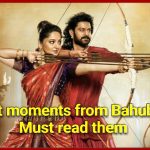 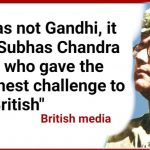