The family of Intelligence Bureau (IB) officer Ankit Sharma who was killed by a mob of anti- CAA protesters in Northeast Delhi’s Chand Bagh, has accused local AAP leader Tahir Hussain of being behind the attack.

The body of the deceased was recovered from a drain in Jafrabad. The death of the IB officer left his family crying. “Tahir Hussain the AAP councilor is behind the murder of my brother. Anti CAA protestors took my brother and three others to the building which belongs to Tahir Hussain”, said Ankit’s brother.

Who is Tahir Hussain?

Tahir Hussain is an Aam Aadmi Party leader and Municipal Councillor, elected from Ward 59 in Nehru Vihar from East Delhi. The AAP leader is a businessman and has no criminal cases filed against him till now.

Tahir has been accused of killing Ankit Sharma, an IB officer. Ankit’s father Ravinder Kumar said that his son was attacked by a mob while he was returning home. “Ankit went at the site (Chand Bagh) where stone-pelting was taking place. Around 15-20 people came from Tahir’s building and dragged 5-6 people inside the building. They also fired at other people who tried to save those taken inside the building,” Kumar told ANI.

The family held Tahir Hussain responsible for the violent protest that broke out in north-east Delhi on Monday in which over 30 people were killed and several others injured. The family said that anti-CAA protesters were pelting stones at police from the terrace of the building belongs to Tahir. hundreds of people were gathered by Tahir. A video also circulating on social media that shows that Tahir Hussain was instructing people from that building during the violence.

According to officials, the 26-years old Ankit Sharma, who worked as a Security Assistant with the IB, was returning home on Tuesday evening when he was allegedly assaulted by a mob at the Chand Bagh bridge and beaten to death, the following day his body was found in a drain. 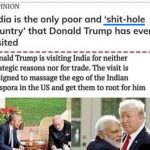 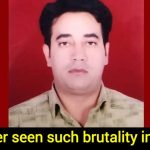