At least 20 Indian soldiers, including a colonel, were martyred in the “violent face-off” with Chinese troops. Following the clash, Asia’s two giants are engaged in increasing the deployment of troops along the LAC border. Meanwhile,

over the issue with China in Galwan Valley. Following the Coronavirus pandemic, anti-China sentiment stirred up around the world, especially in the Indo-Pacific Region.

Now, the Philippines is sending out fresh hints for an alliance towards New Delhi. This comes in the wake of the military stand-off between India and China in Galwan valley.

In recent years Delhi has strengthened ties with traditional partners like Japan, Vietnam, and Singapore. Now, India may add the Philippines to the list. Recently, Indian Navy rescued a Phillippines Navy Ship after it caught wire in its engine room and even repaired the ship for free of cost in the shipyard of Kochi.

Following this, the Phillippines Navy Chief Rear Admiral Giovanni Carlo J.Bacordo thanked the Indian Navy for selfless help. In the incident, India rescued two Filipino Navy officers and treated them at the INHS Sanjivani. The officers had injured with second-degree burns. One of them has been taken to a Hospital in Bengaluru for treatment.

“Your support in this unfortunate accident is way beyond our expectations and it is a testament of your sincerity in deepening our Navy to Navy partnership. Rest assured that the Philippine Navy remains committed to this partnership. We hope to expand this relationship as we seek better ways to make our seas safer and more secure for everyone..fervent wishes for your continuing success in leading the Indian Navy’s sustained resolve to be a global maritime force.”

After the violent clash between India and China, the Philippines wants to grow defence partnership with the Indian Navy. India firmly stands up to counter China’s reckless behaviour. India will probably accept the proposal of enhancing defence relations with the Philippines. 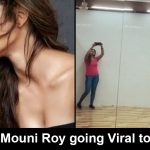 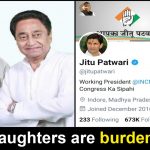