It is well-known that Tuberculosis is a deadly disease, infecting about 9 million people across the globe each year and 32% of them in India alone costing billions of dollars in healthcare units.

In fact, most people don’t even know they may have the infection, as it can remain asleep for even decades before turning out to be infectious.

The Tuberculosis bacterium is naturally hunted by white blood cells in the human body known as macrophages, just like other infections. But in this case, rather than terminating the bacteria, it forms a sac-like body known as granuloma around it. So it keeps the bacteria asleep for as long as it remains there.

However, that sac can break when your immunity decreases, whether due to physical weakness or illness like HIV. When this happens, then the Tuberculosis infection can break out and cause massive damage to the body.

But an active team of researchers from the CSIR-Indian Institute of Chemical Biology, Bose Institute in Kolkata and Jadavpur University, have studied, analysed together how tuberculosis is actually released from the sacs macrophages form around them in the human body.

The team discovered that the bacteria secrete a protein- MPT63 that may play a substantial role in its jailbreak. At particular levels of acidity, these protein structures tend to change formation, and where they previously had no function they suddenly turn out to be toxic to the host cells, i.e the macrophages, which ends up killing the cells, and releasing the bacteria.

“Our team would now try to validate these findings in field strains of TB bacillus and see whether they can be used to develop new therapeutic interventions,” Dr Krishnananda Chattopadhyay,” Head of Structural Biology and Bioinformatics Division at IICB and team leader was quoted as saying by India Science Wire.

With this ground-breaking discovery in history, Indian researchers can now start experimenting and looking into methods to nullify the effect of the MPT63 protein, keeping the Tuberculosis permanently locked in, and saving millions of lives of Tuberculosis patients. 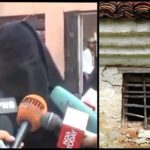 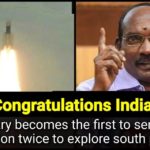