In a sensational development, Jammu and Kashmir has received 44 proposals for the investment after the abrogation of Article 370. Ever since the Modi government revoked Article 370 and 35A from Jammu and Kashmir which gave special status to the state, several foreign companies have shown interest in investing over Rs 13,000 crore in the region.

According to data, disclosed by the state government, Jammu and Kashmir has got as many as 44 proposals for investments from foreign investors between August 5, 2019, and December 31, 2019, for investments amounting to Rs 13,120 crore. On August 5 (Monday), Article 370 was removed from Jammu and Kashmir by the Modi government after which the state has got around a 2 billion dollars investment proposal. This proposal will bring several changes in the state and will create thousands of jobs for youths.

He also said, “period of examination of new trademark applications was reduced from 13 months in 2015-16 to less than 30 days currently”.

“India now has among the fastest trademark examination globally,” he said adding that trademark is registered in less than 7 months, if there are no office objections or opposition filed, as compared to 3-5 years required earlier.

Ever since PM Narendra Modi took charge at the head of the Bharatiya Janata Party (BJP) in 2014, the central government has been trying to change the atmosphere around India. 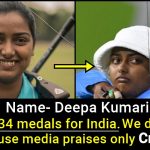 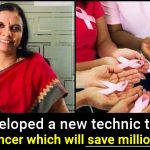