Archery might not have a significant fan-following in India but there are notable athletes who are making their presence count in the sport while also making it popular. Athletes are giving absolutely everything to make India proud in the national and the international stage.

Let’s learn about the inspirational story of Deepika Kumari who is now the legendary archer of India. She has brought many laurels to the nation at the global stage. She came from a normal background where his father is an auto-rickshaw driver while mother Geeta Mahato is a nurse.

Born on 13 June 1994, Deepika developed a penchant for archery since childhood days. She even insisted that she wanted to move forward in this game and was also determined about succeeding in this field. However, she did not have the proper equipment to practice and it was then she had an idea. She used bamboo stick bows and arrows and started practising the sport.

Once, Deepika had to take part in the district level tournament but her father did not allow her to participate. However, Deepika did not give up and had explained her point to her father and to which, her father gave her 10 rupees. Deepika, who went to play the first-ever tournament of her career came through with flying colours in what was a turning point in her career.

In the year 2005, Deepika joined Arjun Archery Academy and after this, she went to the Tata Archery Academy. Then came the best moment of her career when she made the entire nation and parents proud. In 2006, Deepika clinched the gold medal in the compound singles competition of the World Championship held at Marida Mexico. In the process, she became the second archer in India to accomplish this feat.

In 2009, when she was only 15 years old, Deepika won the 11th Youth Archery Championship in America. In the following year 2010, it was full of successes for Deepika as she won gold medal in many events. In addition to that, in the 2010 Commonwealth Games, Deepika bagged two gold medals in the women’s singles and team category.

In February 2014, she was honoured with FICCI Sportsperson of the Year Award. In the year 2016, she was conferred with the prestigious Padma Shri award from the Government of India for her marvellous contribution to sports. She is married to archer Atanu Das.

Deepika’s father Shiva Narayan Mahato once worked as a labourer before he started running auto-rickshaw to make ends meet. Her mother also supports the family. Deepika became the manager in the sports department of Tata Steel Company. Even today, her father still drives an auto. 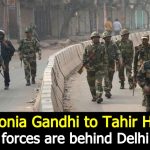 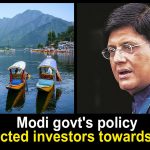