Union Minister Piyush Goyal took the entire nation by storm with his recent statement. He said: “Don’t get into the calculations on the television that say for $5 Trillion Economy, the country will have to grow at 12%, today it is at 6%. Don’t get into these maths. Maths never helped Einstein discover Gravity.”

However, there is something basically wrong with what the minister said. It wasn’t Einstein who had discovered gravity, it was actually Sir Isaac Newton.

And Newton was a renowned mathematician and physicist. Both Newton and Einstein used mathematics extensively in their works. Now, the minister’s statement has spread like wildfire on social media.

Piyush Goyal, the second Modi government minister who has been on the receiving end of countless trolls on social media. 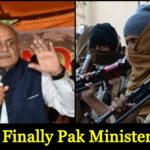