Union Home Minister Amit Shah, on August 5, passed a bill in the Rajya Sabha to divide the state of Jammu and Kashmir into two Union territories i.e. Jammu & Kashmir, and Ladakh.

“Kashmir and Jammu division will be separate Union Territory with legislature,” Amit Shah told the Rajya Sabha as he announced the creation of Union Territory of Ladakh.

It should be noted that Article 370 grants special status to Jammu and Kashmir and grants the power to the state legislature in defining its ‘permanent residents’ and also privileges and rights.

After this decision, Jammu and Kashmir became the first-ever Indian state to be reduced to Union Territory with former Indian Administrative Service officer Girish Murmu being swearing-in as its first Lieutenant Governor. Completely divided from the state, Ladakh also became a Union Territory with R. K. Mathur swearing in as its Lieutenant Governor.

With the new Union Territories, the new political map of India was officially released by the Government of India (GOI). With the addition of these two new UTs, India now has 28 states and 9 Union Territories. 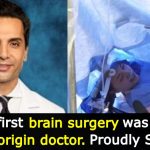 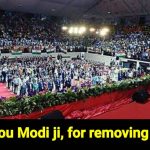