Electricity is essential to everyone across the world as it removes dark and brings light in every household. Seventy years after the Independence of the country, every village now has got electricity in India.

Before 2014, there were 18,500 villages in India that were deprived of electricity. They were deprived of the rays of development of independence but now the target of providing every village with electricity has been completed under the leadership of PM Modi.

Prime Minister Narendra Modi promised to electrify every village during the 2014 Lok Sabha elections. He said, if the BJP party came to power, every village would have access to electricity within 1000 days.

As PM Modi assumed office in the year 2014, the government started supplying electricity to every village in the country. The target which was set by PM Narendra Modi has now been achieved before the deadline.

There was a major issue before the country to electrify every village of India when it got its independence. But it took around 70 years to bring light in every household. Finally, India has achieved this target after so many decades.

Villages were earlier deemed electrified if a power line reached the area. However, the definition has been changed now. A village is now considered electrified only if all households in the village have access to electricity.

A village being declared “electrified” means that all households will get electricity and public places such as schools, panchayat (village council) offices, health centres, dispensaries, and community centres will have access to electricity. Now, electricity is supplied in every village for 24 hours which helps farmers in irrigating lands on time.

It is surprising that despite so many years of independence, electricity hadn’t reached every village in the country. For 70 years, the lives of the people were engulfed by darkness, which has got dispelled now and there is brightness in their lives. This step ensures the lives of the countrymen be full of shine. 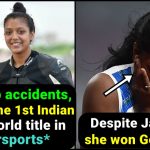 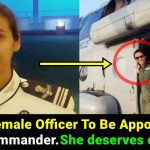