Ever since PM Narendra Modi took charge at the head of the Bharatiya Janata Party (BJP) in 2014, the Central government has been trying to change the atmosphere around India. In recent news, two historic squares in Jammu and Kashmir have been renamed as ‘Bharat Mata Chowk’ and ‘Atal Ji Chowk’.

City Chowk is a historical and beautiful place where tricolour is hoisted on Republic Day and Independence Day every year. The historic ‘City Chowk’, the commercial hub in old Jammu, is now renamed as ‘Bharat Mata Chowk’ and similarly, the Circular Road Chowk is renamed as ‘Atal Ji Chowk’ after the Jammu Municipal Corporation (JMC) unanimously passed a resolution.

The Jammu Municipal Corporation (JMC) passed a resolution moved by senior Deputy Mayor of the JMC, Purnima Sharma four months ago. The resolution says that the City Chowk and Circular Road Chowk need to be renamed after ‘Bharat Mata Chowk’ and ‘Atal ji Chowk’ respectively. Later, the resolution was adopted after it was passed by the general house of the JMC.

“I had moved a resolution in the general house some four months ago demanding renaming of the ‘City Chowk’ to ‘Bharat Mata Chowk on the popular demand of the public,” senior BJP leader and Deputy Mayor of the JMC Purnima Sharma told PTI.

She says that the resolution was unanimously adopted and accordingly the City Chowk has been renamed as ‘Bharat Mata Chowk’.

“This place is historic and a witness to major decisions and protests in the past. Every year people are hoisting the tricolour on Republic day and Independence days in this chowk. There was a popular demand from the public to rename this chowk as Bharat Mata Chowk,” Sharma said.

BJP leaders have been demanding renaming of the ‘City Chowk’ to ‘Bharat Mata Chowk’ for several years.

Earlier, the Union Cabinet approved the adoption of 37 Central Laws which will be applicable to the recently formed Union Territory of Jammu & Kashmir. It includes many important laws including the Indian Penal Code (IPC) and the Code of Criminal Procedure (CRPC).

The House moved a resolution on the public’s demand on September 6. Many people have welcomed the move while many others have not. 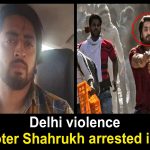 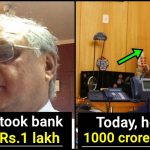