In recent news, the notorious gunman, Mohammed Shahrukh, who pointed a gun at a Delhi police officer during the violence that broke out between pro and ant-CAA protesters in Delhi, has now been arrested by Delhi Police Crime Branch from Uttar Pradesh and now being brought back to Delhi.

33-year-old Shahrukh, who was accompanied by a mob of anti-CAA protesters, brandished a gun in front of an unarmed Delhi police officer. He forced the police officer to back away from the site and he also reportedly fired eight rounds during the Delhi riots.

Shahrukh had been absconding ever since the violence took place in the north-east Delhi in which over 45 people have lost their lives and over 2000 people injured. Delhi police were searching for him ever since he was absconding and finally, Delhi police have arrested him.

“Shahrukh, the man in red t-shirt who had opened fire at police during violence in North East Delhi on 24th February, has been arrested by Delhi Police Crime Branch from Uttar Pradesh,” ANI tweeted.

People across Delhi were shocked and saddened by the deaths of over 45 people including one Intelligence Bureau (IB) officer Ankit Sharma and Delhi Police constable Ratan Lal. Violence erupted in northeast Delhi on February 24 over CAA in which over 45 people have been killed while over 200 people have been injured in the violence.

NDTV Editor Ravish Kumar also tried to defend Shahrukh by changing his name from Mohammad Shahrukh to ‘Anurag Mishra’. Ravish Kumar is well known for supporting only Congress party and seems to be biased. The gunman Shahrukh has been arrested by police but Ravish Kumar, on the other hand, is referring to Shahrukh as Anurag Mishra.

A journalist is always supposed to remain neutral and unbiased, but Ravish Kumar, who is a journalist, seems to be biased on violence against the Citizenship Amendment Act.

Deepak Dahia, who faced Shahrukh as he waved gun, said, “In fact, I was deployed in the northeast district on Monday (February 24) on emergency duty. My training is going on at Wazirabad Delhi Police Training Centre. I was recruited in Delhi Police in 2012 as a constable.”

“The day on which the communal violence broke out in northeast Delhi, I was called for emergency duty from my training centre. Suddenly a man in maroon colour T-shirt came charging at me and threatened to shoot me. He could have opened fire at me, but I remained calm and did not show my fear.” the cop further said. 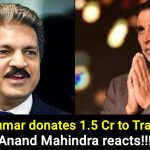 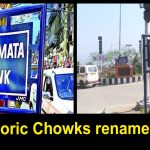