While the tensions are escalating between India and Pakistan, Trevor Noah, a comedian and TV show host tried his very best to stir up some humour by adding fuel to the fire but he was on the receiving end of countless trolls on social media. His offensive remark on the current tensions between the two neighbouring countries has come at the wrong time which has left people from both nations ‘extremely furious’.

Noah ridiculed how Indians love a good song-and-dance sequence and made an analogy of Indian soldiers’ war cry to Bollywood dance sequence. He went on to say that if India and Pakistan lock horns with each other in war, “it would be the most entertaining war ever.” Then he is actually singing in Hindi, saying “auro ki life difficult kar tu”.

One user wrote, ‘For someone who claims to be the most woke person this is high key offensive, insensitive and straight up racist/ feeding on endless stereotypes. Disgusted by #trevornoah who thinks war is a form of entertainment when the repercussions negatively affect millions of people.’

Here are the reactions below:

@Trevornoah Not funny Trevor. I know It’s your job to see the lighter side of things, but war where lives are being lost on both sides and all you could think of was Bollywood songs, Indian accent and a dance off. Cliche!!

Racist. Stereotypical. And downright offensive. It is true indeed, these days the moment you think someone is cool and wise, they do a @Trevornoah on you and flush down the entire goodwill! https://t.co/TJoxGrFd1c

Because only Murican wars are serious. Not us poor countries. How dare we steer away from our racist stereotype ?

i dont fucking understand how ANYONE can find this funny,, he said it would be "entertaining"??? war is not funny? the entire world has to mourn for the loss of an american life but it's funny when it's for brown people?? what the fuck pic.twitter.com/gJ9BMdjTFK

@Trevornoah so you’re a racist. The Indian partition was the deadliest in history with millions of people killed while traveling from one country to the other. The political tension b/w the two is still very serious and you want to laugh about a potential war? Is your brain ok?

@Trevornoah
Methinks there was a major 'tremor' in Trevor's minor mind when he blabbered about Indo-Pak war. U totally lost it, mate, with your INSENSITIVE & BELOW THE BELT remarks. Gumption goes for a toss here.

@Trevornoah mocking the army of a country and seeing war as an entertainment soap is not funny at all. I guess you surely be laughing at the people of your own country who fought for it. Have shame!

@Trevornoah I cannot understand how a South African who cries racism at White Supremacists can crack jokes about war, like a White Supremacist. There are people living in fear and soldiers risking their lives (in and for both countries), and you find it funny all the same.

@Trevornoah situations like these are to be taken seriously and joke should be not made out of these 44 soldiers died and just for your #TRP you are making jokes out of such tense situation. pic.twitter.com/yi2Xc74lkR

Insensitivity can't be passed off as dark #humour. @Trevornoah this is in bad taste. War isn't funny, and no amount of smart writing can justify this. #TrevorNoah https://t.co/lZkjkfrCYA

@TheDailyShow: A war between India and Pakistan won’t be fun or like Bollywood. This could be a global crisis and no one will be spared. Please read the history of the two countries. #TrevorNoah pic.twitter.com/VxcRstmH7A

What sounds good is eating #IceCream and watch @TheDailyShow.#AboutLastNight pic.twitter.com/ln1hmG6EN0 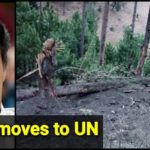 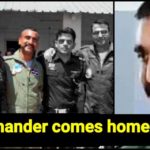