The death toll in Delhi violence reportedly rose to at least 24 including an officer of the Intelligence Bureau named Ankit Sharma and Delhi Police officer Ratan Lal. AIMIM leader Asaduddin Owaisi, on the other hand, does not seem to be calm down even after the violence in Delhi has claimed at least 24 lives.

Owaisi can be seen in a video shown by ABP News in which he blamed Delhi police and said that Delhi Police were pelting stones during the protest. Owaisi held the Delhi Police and Center government responsible for the violent protest.

Minister of State for Home Kishan Reddy said that Owaisi has been trying to instigate violence by making incendiary speeches for the past many days. He has been allegedly trying to incite people in the name of protest which is very unfortunate.

According to sources, Owaisi even blamed Delhi police saying that the police were colluding with mobs. Ever since the amendment act came to existence, Owaisi has made controversial remarks several times against the CAA. Kishan Reddy alleged Owaisi was “irresponsibly” making remarks like violence would spread in the country if the Citizenship Amendment Act (CAA) was not withdrawn.

Owaisi stays mum when his party leader makes inflammatory statements against Hindus. Recently, one of the AIMIM leaders Waris Pathan gave a hate speech against Hindus while addressing anti-CAA rally Gulbarga, Karnataka, in the presence of AIMIM chief Asaduddin Owaisi on February 16. Instigating Muslims against Hindus on the pretext of CAA, Pathan said that the Muslim population may be as less as 15 crores but they can dominate 100 crores Hindus if needed.

After which people demanded his arrest for provocative speech, but no action has been taken against him yet. It is often seen that whenever Police take action against violent protesters in order to maintain law and order, Owaisi and other AIMIM leaders, who call themselves secular, blame the police.

BJP leader Manoj Tiwari said that violent protest seems to be pre-planned as it took place at a time when US President Donald Trump arrived in India on a two-day visit. It indicates a bigger conspiracy as some anti-national elements tried to provoke anti-CAA protesters for the violent protest at the time of US President Donald Trump’s India visit so that they could tarnish India’s image at the International level.

Congress is also making political gain by holding the central government responsible for the violent protest. The opposition has been spreading false propaganda to malign the Prime Minister Narendra Modi-led government since the Citizenship Amendment Act was passed. However, the government had already made it clear that the Citizenship Amendment Act has nothing to do with Indian citizens. Congress interim president Sonia Gandhi held the Union government responsible for the violent situation in Delhi and demanded the resignation of the Home Minister. 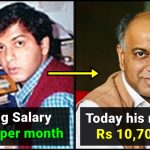 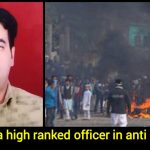