AIMIM leader Waris Pathan who is known for Controversial remarks recently delivered a hate speech against Hindus while addressing anti-CAA rally Gulbarga, Karnataka, in the presence of AIMIM chief Asaduddin Owaisi on February 16.

Waris Pathan once again tried to instigate Muslims against Hindus on the pretext of CAA. He said that the Muslim population may be as less as 15 crores but they can beat 100 crores Hindus if needed.

Waris Pathan made inflammatory statements against Hindus and refused to apologise for his hate speech, adding that Pathan warned the Hindus of the country, “We are 15 crores but be aware we can still dominate over 100 crore Hindus and imagine what we can do to you.”

In the video, the former Byculla MLA can be heard stating, “Now it’s just the Muslim women who have rattled the entire country but when the entire community comes together, it will have a bigger impact”.

“They tell us that we have kept our women in the forefront. I want to tell these people, only the lionesses have come out and you are already sweating. You can understand what would happen if all of us come together. We are just 15 crore but can be a bigger force than the 100 crore majority population,” says Waris Pathan.

Ever since the Citizenship Amendment Act was passed by the Parliament, Muslims, who are backed by opposition parties and “liberal-secular”, have been holding several protests across the country. The violent protest began in West Bengal and spread to parts of Delhi, Karnataka, Uttar Pradesh, Gujarat, where Muslims resorted to riots, violence, arson and vandalism in the name of ‘protests’ against the enactment of the CAA. 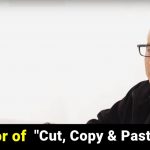 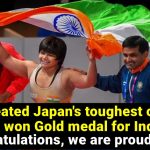