In yet another example of humanity, a Muslim couple has adopted a Hindu orphan and raised him like their own child and has even arranged a wedding as per Hindu rituals. They might not be their actual parents but they did what every parent do.

The Youth salutes Muoinuddin and his wife Kausar for setting a great example in today’s world. Moinuddin and Kausar who reside in Dehradun, adopted Rakesh Rastogi when he was only 12 years old. However, instead of expecting him to convert his religion to adopt Islam, they raised him as a Hindu. Rakesh grew up in sweet home with equal respect for both religions.

“No one ever prohibited my way of worshipping,” says Rakesh. “I celebrate Holi, Diwali and all other festivals in the same house,” he added.

When Rakesh came of age, it was time to get him married, the family ensured that all Hindu customs and rituals were followed. Kausar also welcomed her daughter-in-law, Soni with Hindu customs.

“My family has loved me and supported me in everything, including my marriage,” Rakesh added.

These days, media gives non-stop coverage to political fights and religious fights and they hardly have time to highlight the situation that has bridged the communal gap in India. Incidents like these should be on the first page of the newspaper.

Kerala mosque hosted a wedding for the Hindu example in its premises. The Cheravally Muslim Jamaath Committee, Kayamkulam, on January 19 won the people’s hearts by hosting Hindu wedding as Sarath Sasi of Krishnapuram and Anju Ashok of Cheravally tied the knot as per Hindu rituals in front of lit traditional lamps. The marriage was performed by a Hindu priest.

The Jamaath committee marked their presence for the function. Several embers of both the Hindu and Muslim communities witnessed the marriage. Besides hosting the wedding, the mosque committee had served a vegetarian ‘sadya’ to around 1,000 guests. Ms. Anju was given 10 sovereigns of gold and ₹2 lakh as gifts.

Chief Minister Pinarayi Vijayan described the wedding “an example of unity from Kerala”. He tweeted: “Congratulations to the newlyweds, families, mosque authorities and people of Cheravally”.

The bride lost her father a couple of years ago and as the family lacked resources for the wedding, Ms. Anju’s mother had another idea in mind as she sought the help of the mosque committee.

“She came to my house seeking help for conducting the marriage. She gave a letter, which I presented to the Jamaath committee. We decided to help the family conduct the marriage,” Nujumudeen Alummoottil, secretary, Cheravally Muslim Jamaath Committee added.

Bindu Ashok who is the mother of Ms. Anju, said the family was indeed thankful to the Jamaath Committee. She has three children, and the family lives in a rented house.

With inputs from The Hindu 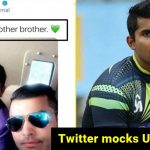 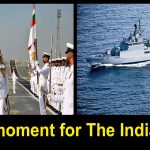