It is now being speculated that Sachin Pilot may join Bharatiya Janata Party after a tussle with Ashok Gehlot. Not just Congress leader Sachin Pilot may leave the party, but 30 Congress MLAs from Rajasthan are likely to quit the party.

If we talk about Sachin Pilot’s personal life, he married Sara Abdullah who is the daughter of the National Conference’s Chairman Farooq Abdullah and sister of Jammu and Kashmir Chief Minister Omar Abdullah.

They both met in London while studying. The two souls full of love and charm attracted each other. Attractions lead to friendship and slowly their friendship blossomed into beautiful colors of love.

Something similar happened in the life of Sarika Pilot, sister of Sachin Pilot. It is indeed true “Love is blind and has no boundaries” Love is beyond Society, Religion and culture. It is the purest and selfless form that connects two souls forever with each other.

Sarika met Vishal once again while taking admission in TV production in Mumbai. Sarika had revealed in an interview to the Times of India that they became good friends after enrolling in the Film and Television Production course. Soon after that, they started dating each other.

Sarika and Vishal had no idea that they would become life partners. Their friendship turned into marriage because they both had the same thinking and interest. The two together turned to TV production and produced shows like Doordarshan for Sainik and Sony TV for I Love You.

However, Sarika did not get success in TV production. At the same time, She gave birth to a baby girl, due to which Sarik distanced herself from the TV industry. Sarika then started a restaurant with the help of her husband and both of them got into it. Sarika currently lives in Delhi with husband Vishal Chaudhary. Both are associated with the hotel business. The couple now has a daughter Suhana and a son Veer Pilot Chaudhary.

The ever-so beautiful love story of Sarika pilot and Vishal Chaudhary is well and truly an inspiration for a lot of lovely couples all across the world. 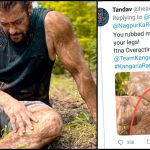 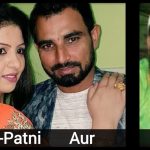