Renowned actor Salman Khan has once again hit the headlines for dedicating a post to farmers. The actor has been staying at his Panvel farmhouse ever since the government announced a nationwide lockdown in the wake of the coronavirus pandemic.

Recently, a post went viral on social media in which Salman Khan is seen doing farming at his farmhouse. The actor on Tuesday posted a photograph of himself, coated in mud, declaring his respect to farmers.

He wrote in the caption of his Instagram post, “Respect to all the farmers.” The picture, which is doing the rounds on social media, shows the actor, wearing shorts and a sleeveless T-shirt, taking a breather.

However, his post did not go down well with social media users, who trolled Salman for acting or posing. He was also told that he is “faking” respect for farmers.

“He is showing-off”, a user commented on the photo. Another comment read, “Please stop the drama.”

Earlier, the debate on nepotism started after Sushant’s demise. There were reports according to which Sushant Singh Rajput was banned by some big production houses including producers such as Karan Johar, Aditya Chopra, Salman Khan, Sanjay Leela Bhansali, etc. 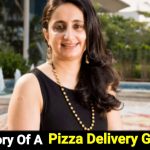 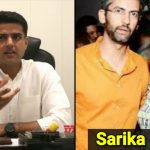