You all must have heard the English proverb, “where there is a will, there is a way”, but this blind boy in Andhra Pradesh is living proof of the idiom. When Srikanth Bolla was born blind, everyone in the village suggested his parents to let him die because of his disability and others told he can’t do anything useful in life as he can’t see the world.

But, he did not let his disability hold him back, rather he wrote a success story without his eyes. After 23 years, he is the CEO of Hyderabad-based Bollant Industries Pvt. Ltd, with a turnover of Rs. 50 crores that recruits disabled and uneducated people to create eco-friendly disposable packaging products.

Srikanth faced discrimination all his life. His school life was never easy as he would often be forced to sit on the last bench. Neither he expressed himself nor was allowed to play. When all such things came as a distraction to him, he didn’t take to heart but instead he thrived in studies and topped the Class 10 board exams in his school. That sums up the essential Srikanth for you!

Talking about his life after that, he wanted to choose Science stream at the Intermediate level but the Andhra Pradesh Education Board didn’t give him the green signal. He was told that Arts was what the only stream the blind could pick.

Srikanth never gave up as he lodged a case and after a six month wait, the Board agreed to grant permission to allow him pursue his desired Science stream. He came through flying colours as he topped his Class 12, chipping in with a staggering 98%.

Another hindrance came in his life when he wanted to pursue engineering at the prestigious Indian Institute of Technology (IIT). He faced the same problem yet again when he was denied an admit card to the IIT entrance examination.

After that, Srikanth decided, “If IIT doesn’t want me, I don’t want IIT either!” He started his new chapter in life abroad as he applied to schools in the United States for an UG and secured admission in four of the top schools – MIT, Stanford, Berkeley, and Carnegie Mellon. However, he chose MIT and became the school’s first international blind student.

After successfully graduating from MIT, Srikanth had some ideas to counter discriminations faced by the disabled people in this country. He got many corporate offers in America but he refused it. He came back to his motherland and started Samanvai, a non-profit organization in Hyderabad which aims to provide all kinds of support to students with multiple disabilities.

He promoted Braille literacy, a digital library and a Braille printing press to provide tutorials for handicapped students. Through this non-profit organization, Srikanth alone has managed to guide and turn the pages of over 3,000 students so far.

He took another big step by providing employment opportunities for the disabled. It was in 2012, when Srikanth set up Bollant Industries Pvt. Ltd., that works towards providing life-changing offers to the physically challenged. The company makes eco-friendly products such as areca leaf plates, cups, trays, and dinnerware, betel plates, and disposable plates, spoons and cups.

In addition to that, the company also manufactures adhesives and printing inks and its products. Today, Bollant recruits over 150 disabled individuals and has five manufacturing units in total. Its annual sales have already surpassed Rs. 70 million. 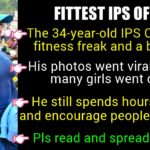 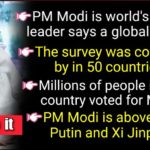