Violent protest in New Delhi does not seem to come to halt. By far, the violence has claimed at least 23 lives. In shocking news, an officer of the Intelligence Bureau has been allegedly killed by a mob of anti- CAA protesters.

The deceased has been identified as Ankit Sharma whose dead body was recovered from a drain in Jafrabad. Delhi Police officer Ratan Lal was also killed during the clash on Monday. Now, the death of the IB officer took everyone by shock. The situation is becoming volatile in northeast Delhi.

According to officials, the 26-years old Ankit Sharma, who worked as a Security Assistant with the IB, was returning home on Tuesday evening when he was allegedly assaulted by a mob at the Chand Bagh bridge and beaten to death, the following day his body was found in a drain.

It all started when anti-CAA protesters, mostly women, reached Jaffrabad metro station in northeast Delhi on Saturday night to form another Shaheen Bagh in protest against the new citizenship law and the National Register of Citizens (NRC), blocking a major road.

They raised slogans of ‘aazadi’ and said they would not go back from the site until the government takes back the Citizenship (Amendment) Act. Later, pro-CAA protesters reached the spot demanding the road to be evacuated. When the police stopped anti-CAA protesters from blocking the road, they started pelting stones on policemen. Soon a clash took place between pro and anti-CAA protesters. Police were trying to pacify the protesters, but despite the heavy deployment of forces in the area, Police could not do anything as protesters were large in number.

A curfew has been imposed in affected areas in northeast Delhi and shoot orders have also been issued. Expressing condolence over the death of the IB officer Delhi Chief Minister Arvind Kejriwal tweeted, “Such a tragic loss of life. The culprits must not be spared. 20 people have already lost their lives. So painful to watch people of Delhi suffering.”

“Praying that we recover from this tragedy soon n work together to undo damage done to people and communities,” the CM tweeted. 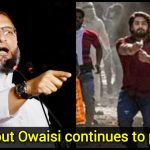 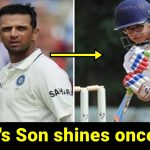