In a shocking incident, a member of the National Assembly from Balochistan Maulana Salahuddin Ayubi got married to a 14-year-old girl from Chitral, sources confirmed. Meanwhile, police in Khyber Pakhtunkhwa (K-P) said they were investigating the matter.

The news is increasingly going viral on the internet. The police got to know about the matter after it received an application from an NGO working for the welfare of the women in Chitral against Maulana Ayubi.

In an application, Anjuman Dawat-o-Azeemat urged the police to conduct an inquiry into whether the girl had attained the marriageable age. More so, if not, then requested to take action against all those responsible under the Prevention of Child Marriage Act.

According to Dawn, the girl hails from the Daroosh area of Chitral and was currently out of the district. As per the school record, the girl was born in Sept 2006 and is only 14-year old. Police revealed that the girl’s nikkah was solemnized out of Chitral and the matter was still under investigation.

Meanwhile, social media users slammed Maulana for marrying a 14-year-old girl who is four times younger than him. However, the father of the girl has denied her marriage. Reportedly, a few days back, the police approached the girl’s family. The Lower Chitral DPO Sonia Shimroz Khan said that the girl’s father had denied the girl’s marriage. He had agreed in writing that he would ask the local police before a proper marriage ceremony.

Ayubi was elected to the National Assembly from constituency NA-263 (Kila Abdullah) as a leader of Jamiat Ulema-e-Islam (JUI-F). Tahafuz-e-Haqooq-e-Chitral Chairman Pir Mukhtar Nabi said that they were consulting lawyers on this matter and announced to file a writ petition before the court of competent jurisdiction against the MNA.

Child marriages in Pakistan are a serious issue and one that needs to be seriously dealt with. A high court in Pakistan has ruled that men can marry underage girls, under Sharia law, after they have experienced their first menstrual cycle.

Just earlier this month, Pakistan’s Former Federal Minister Syed Iftikhar Hussain Gillani tied the knot at the age of 80. He married a girl 59 years younger than him. Soon enough, pictures of 80-year-old Gilani marrying a 21-year-old girl went viral on social media and users are having none of it. 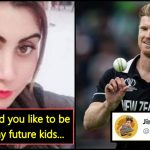 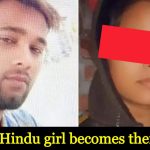