At an early age itself, Rekha ran away from home in a Chikkaballapura village after her mother asked her to get married. But, Rekha changed her fate by focusing only on studies and didn’t let distractions come across her path.

Today, the 18-year-old girl has secured 90.3% in the recently announced II PU examination results. This is called ‘success’. She has set high standards for herself and she is determined to become an IAS officer.

She was a resident of Kotturu village in Bagepalli taluk, Chikkaballapura district where she left home two years ago after securing 74% in SSLC examination. Her mother works a domestic helper and other family members started forcing Rekha to get married. But Rekha wasn’t interested as she had other ideas.

Not interested in child marriage proposal, she then moved to Bengaluru with one of her friends. Without wasting any time, she joined a computer training centre in Hebbal.

After not being satisfied with the computer course, she then called child helpline 1098 seeking help in doing her education. Later, members of the Child Welfare Committee (CWC) visited her Hebbal PG and then shifted her to Sparsha Trust in Mathikere. Moreover, they helped her get a seat in Government PU College in Gollahalli. Nelamangala.

Her two-year struggle produces successful results on April 18 when the Karnataka Board Class 12 (2nd PUC) results were announced. Rekha came through with flying colours as she secured 542/600, with a centum in history subject. She is interested to pursue BA in history, economics and political science.

“Rekha was determined and focused. She was rescued by the CWC after she sought their help. We are proud of her achievement.” said R Gopinath, managing trustee of Sparsha Trust.

Today, Rekha has set an example for the current and future generations. She defied all odds to relish the taste of success. She wants to become an advocate first.

“I lost my father when I was a kid. I left the house as I was against child marriage and wanted to continue my studies. Now. I have a clear goal in life. I want to become an advocate first and then appear for the civil services examination,” she told TOI.

Why the people in some states in India are so obsessed with child marriage? At a tender age, when each child is ambitious, they are put in a dark zone as they are forced to marry without even holding the degree of excellence in higher secondary education.

The worst part is that Class V girls are getting ready for marriage on the outskirts of Bihar.

However, basic education is necessary for the human being as that would benefit one in many different ways. So long as child marriage practice continues with a steady pace, girls will remain in the clutch of this menace and deprived of basic needs. 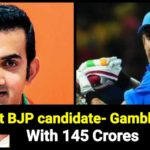 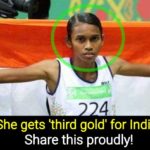