Children in Pakistan are experiencing sexual abuse at the hands of strangers and so-called “loved” ones. There are 1.5 million street children in Pakistan, every single one vulnerable to sexual abuse and attacks from adults. Kids have to sell themselves to men for money. Thousands of cases of child abuse have been reported in Pakistan. Homeless boys of different ages experience sexual exploitation.

It has been reported that 25 per cent of boys in Pakistan are sexually abused by older men before they reach 16 years of age. Little kids are forced to have sex with men for money. It is one of the most sad and shameful aspects of Pakistan. By the way, these are just the reported cases, as most victims and their families keep mum due to fears of being shamed and smeared.

In an interview with CNN journalist Christiane Amanpour, the director of the documentary told her what puts children at risk in Pakistan and around the world.

“Pedophiles by their very nature are inadequate, it’s about power over children.”

“Where these individuals are able to use and abuse vulnerable children, Pakistan in particular because of the poverty. That’s one of the other factors that really plays here.”

In the documentary, the narrator introduces Pakistan as ‘one of the most important Muslim populations, a democracy, a nuclear power and a supporter of the Western bloc.’ But it soon reveals the silence and denial on one of the most taboo topics: pedophilia.

The documentary alleges that 9 out of 10 children in Peshawar have been victims of pedophilia. It also contains interviews with truck drivers who have committed such crimes.

Shockingly, one of the drivers admits, without any remorse, to having raped 11 or 12 boys.

Doran also questions Imran Khan whose party Pakistan Tehreek-i-Insaf (PTI) formed the government in Khyber Pakhtunkhwa which has Peshawar as its capital.

“It’s one of the most sad and shameful aspects of our society. I am totally embarrassed by this and that we have not really been able to protect them,” Khan said.

According to Sahil, an organisation that works on the sexual harassment of children in Pakistan, more than nine children are abused countrywide each day. Mamtaz Gohar, a senior programme manager at Sahil, says the organisation’s “cruel numbers” reports reflect the scale and nature of the issue. Types of abuse include unwanted kissing or touching, oral sex and rape.

In the film, all the groups working to help the children were private charitable organizations. Laws to protect the children are not enforced. Police in Peshawar often say they have no time for the children, because they are focused on combatting terrorism in the city.

“We’re so away from everything, even though we’re in the capital of the most powerful country in the world. We don’t really know what’s going on,” said Kiran Fatima, Pakistani Student Association president. “Even being Pakistani, I don’t even watch the news, because I know it’ll make me depressed. But that doesn’t mean it’s not happening.”

“People need to come out and know what’s happening. That’s why we’re getting an education, right?” said Fatima. “To actually make a difference and to know the differences that you can make. I’d say it’s our duty.” 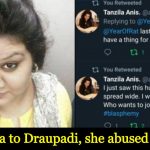 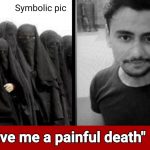