In this report, the channel had shown papers related to Income Tax department, according to which Robert Vadra was liable to pay an amount of rupees 25 crores as tax on his ‘hidden’ income. The report named ‘Vadra Papers’, had claimed to ‘expose’ Vadra’s corruption and dishonesty in paying his taxes, as a citizen. The channel had also shown, how the Income Tax documents in its possession were a significant evidence against Vadra’s wrongdoings.

According to the report, the Income Tax documents were the first signs of a strict action against Vadra by the Modi government, and this might be the reason behind Vadra’s frustration. Since the report also highlighted the Manmohan Singh led UPA Government’s alleged inaction and providing of benefits to Vadra, it was expected that there would be a response from their side. It was reported that Robert Vadra didn’t disclose an income of Rupees 42,61,55,500 in 2010-2011.

Though Arnab Goswami is yet to respond to the notice, what has been surprising is that journalists who otherwise make a lot of hue and cry over ‘freedom of press’ and ‘freedom of expression’ being in danger, almost every other day, have all chosen to remain silent over Vadra’s legal notice to Arnab. Only a few of the journalists and media channels talked about the incident, which clearly shows their bias.

Their silence was expected for the obvious reason, that Arnab and his TV channel is ‘perceived’ to be in ‘proximity’ of the ruling Bharatiya Janata Party, Prime Minister Narendra Modi and their political ideology. However, journalists like Kanchan Gupta have supported Arnab and his colleague Prema Sridevi – editor, news and special projects in Republic TV, who has also received a notice, as she had anchored the news report on Vadra. 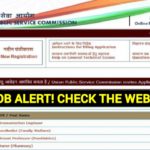