Cricketers easily get media attention across the world. Like when they score a century, claim a hat-trick, create a record, involve in a titanic tussle, they hit the headlines for all the reasons. Cricket is the second-watched sport in the world.

Players get paid handsomely for representing their respective nations and they are known to lead a luxurious life. Apart from earning in the international arena, they also get tonnes of bonuses from the cash-rich Indian Premier League. They also get paid for endorsing a product or featuring in advertisements and so on. To put it in simple terms, earning money for them is as easy as a pie.

Cricketers also love to lead the team by an epitome of class. We just can’t judge their character based on their attitude on the field. They play with passion, pride, grit and determination to win games and in the process, some display sheer aggressiveness. But off the field, they are totally different people altogether.

Case in point, New Zealand all-rounder Jimmy Neesham is quite an active man on social media. He is known for his hilarious posts on Twitter and has a huge fan-following. Every now and then, he comes up with interesting posts that serve as a perfect dosage of entertainment for the fans.

One of his followers, who is a Pakistani actress came up with a surprising tweet for Neesham. The beautiful actress had asked Neesham whether he is willing to be father of her future kids along with two emojis. “Jimmy would you like to be daddy of my future kids.”

Her tweet received so much attention on social media and the fans couldn’t stop commenting on the post. After the tweet got so much attention, even the cricketer Neesham himself replied to her tweet.

He wrote: “I really feel like the emojis were unnecessary.”

Jimmy Neesham was considered a flop in the 13th edition of the Indian Premier League. The all-rounder managed to score just 19 runs and took 2 wickets in 5 games for Kings XI Punjab.

In the wake of his poor performance, he received huge criticism across quarters. However, New Zealand international rose from the ashes and scored a quick-fire 48 off 24 balls (5 fours and 3 sixes) in the T20I opener against West Indies in the home series. He picked up a wicket in the second game. 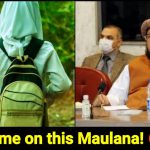