Asked to respond on Congress President Sonia Gandhi’s statement that over 600 communal violence had taken place during the BJP regime in Uttar Pradesh, Amit Shah said if 600 communal incidents had taken place, a curfew would have been imposed in 3000 police stations.

In reply to the question, the BJP president said, the media should have asked her for a list of 600 communal violence.

“There has been an increase in communal violence in the country since 11 weeks of the BJP-led Government coming to power at the Centre… These were deliberately created to divide the people,” Sonia Gandhi said.

“More than 600 incidents of communal violence happened in Uttar Pradesh and, perhaps, as many in Maharashtra,” she said, adding that “during the UPA I and II rule hardly any such incident had happened”.

However, the BJP government dismissed Congress president Sonia Gandhi’s attack on it over the “rise” in communal riots since it assumed power.

“Maharashtra and Haryana are going to the polls. Why is there no communal tension? Why only in UP? If communal tension continues in UP, I can tell you, BJP will form the next government in UP with a clear majority,” Shah told Rajat Sharma on his programme ‘Aap Ki Adalat’ on India TV, according to a release from the channel.

The BJP President also debunked media reports about Ministers in the Narendra Modi government as “misleading and baseless” and charged the media with making an unsuccessful attempt at tarnishing the image of the BJP-led government.

The home minister said the violent protests took place selectively. “People of the country know well who are behind violence”. 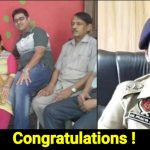 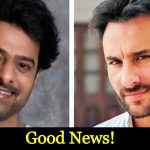