A dream is not the one that you see in sleep but the one that doesn’t let you sleep and for Pragya Jain, Civil Service was an ultimate dream that she had nurtured for long. Now, after years of hard work, she has fulfilled her dream by cracking the civil services examination.

There is no shortcut to success and one can achieve their goal only through hard work and dedication. Dr. Pragya Jain of Uttar Pradesh continued her studies even after getting married.

During the pregnancy, just before the delivery, she appeared for the UPSC exam and became an IPS officer, securing the 194th rank in the civil services examination. Dr. Pragya Jain is not a resident of any metropolitan city but a resident of Baraut, a small town in Baghpat district of Uttar Pradesh. She got her early education in Baraut itself. Her father Padma Jain is also an Ayurvedic doctor and her mother has completed her graduation from Delhi University.

Pragya got study environment since childhood as her parents were educated. She received a good education from her parents. Pragya has been very good in studies since childhood. As a result, she got first rank in high school and intermediate exams at the district level.

Pragya wanted to become a doctor and therefore, she worked hard and became a doctor. Her father and brother Vaibhav Jain is also a doctor. After this Dr. Pragya got married. Her husband Vineet Jain is the Chief Manager at Bank of Baroda.

Pragya Jain is a homeopathic doctor who spent many hours of the day at her clinic. She was awarded the gold medal in her graduation. Meanwhile, she decided to prepare for the UPSC exam and started preparing for it. However, she failed to crack UPSC in the first two attempts. Finally, she not only cleared the notoriously tough exam but also secured an all-India rank 194.

What really makes the story interesting is that she aced the exam with relative ease even without coaching. Pragya never resorted to coaching classes. She managed to balance her studies along with the job.

Pooja says it is up to aspirants whether they want to join coaching or not but they must join a test series. If you do not join test series to practice, your performance for the exam will not be up to the mark. One should use the NCERT (National Council of Educational Research and Training) textbooks as they provide one with a much-needed foundation on the subject.

In the end, make sure you make notes because it helps you to revise the entire syllabus in just a few hours. You don’t need a magic wand to become successful in life. All that you require is the willingness to succeed, the will to do things, the ability to move on and the perseverance to try even when there are failures. If you have all these abilities, you can succeed in life and Pragya Jain is now an inspiration to the UPSC aspirants. 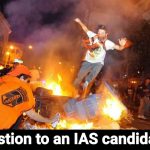 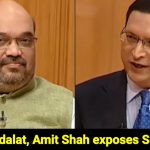