Politics is an insanely dirty game and only the few witty minded can survive and scale here. One such personality who is known for his high intellect and striking aura is winning hearts of the Indians.

He is Amit Anilchandra Shah- the current Minister of Home Affairs who was also the President of the Bharatiya Janata Party. Amit Shah is also known as the modern day Chanakya in Indian Politics.

His intellectually mature and to-the-point strategies had helped the BJP scale to the top and become the most loved political party in India. However, this politician has his equal shares of ups and downs in his political career.

Amjt Shah was once declared Tadipaar of Gujarat State by the High court of Gujarat. Tadipaar means you cannot enter a territory as per the order of Judicial court.

There were allegations against him related to the Sohrabuddin case and he was accused to a high extent.  It was said that he was involved in the police encounter and murder of Sohrabuddin.This was the time when Amit Shah was the home minister in the ministry of the then Chief Minister – Narendra Modi.

On 25 July 2010, Amit Shah was arrested for the Sohrabuddin case. He was charged with the murder, extortion, and kidnapping in the case and was sent to jail. Due to the Congress politics, he was left with no option that time but to surrender until investigation.

His anticipatory bail plea was rejected by the special CBI court in Gandhinagar. Amit Shah was remanded by the magistrate to judicial custody for 13 days and later taken to Sabarmati Jail in Ahmedabad.

Political conspiracy hatched by the Congress turned him a victim of the Sohrabuddin encounter case. This was a plot of the Congress government to carry out the political encounter. This was done as the party had not come to power in Gujarat for the last 20 years.

But Amit Shah was a nation lover and served the country with all his might.
During a press conference, Amit Shah said he is a true son of Mother India and believed fully in the process of the justice along with a demonstrated full faith in the Judiciary of India.

An important plot in the whole story came when Police Commissioner Geeta Johri revealed the truth. She confessed that CBI was pressurizing her to falsely indicate Amit Shah in the Sohrabuddin case. In September 2012, the Supreme Court granted bail to Amit Shah.

He was innocent but was falsely dragged by the Congress who plotted him as a victim. Amit Shah was not a Tadipaar but was the victim of the dirty Congress Politics.

After the bail, he contested in 2012 Assembly Elections from Naranpura Ahmedabad constituency and won the elections with full support. He got elected as the President of BJP in July 2014 and was re-elected as BJP President on 24 Jan 2016.

From then on, a new Amit Shah was born and now, there was no turning back for him. He is one of the most effective politicians the country has in the present times. 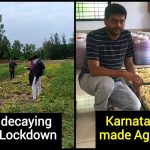 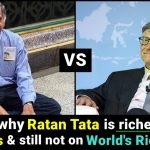