Mr. Ratan Tata might not be the richest man in the world but for sure, he is rich at heart. The greatest man has won people’s hearts time and again for his contribution to our country and to make the nation a better place. The owner of Tata Group of India also proved that being on the Forbes list doesn’t make one rich but giving it back to the society is one that matters the most.

Everyone is quite familiar with Bill Gates’ net worth, which is estimated at $86 billion. But, it is Mr Ratan Rata who is richer than Bill Gates. Yes, you read it right.

Ratan Tata’s multinational company makes a staggering turnover which is even beyond the figures made by Bill Gates or Mark Zuckerberg or Jeff Bezos.

Talking about Tata Group, the company was set up in 1868 and also gained its international recognition after its tie-up with several brands globally.

Today, in India, four out of five top-ranked companies belong to the Tata Group only. Apart from that, they have 96 companies under them amongst which 36 publicly-listed Tata enterprises like Titan, Tata Steel and much more. The overall market capitalization is about $130 billion.

But the question arises as to why Ratan Tata is not on the list of richest men in India?

The answer is here. This is because Ratan Tata donates 65% of the family’s and the company’s fortune to charity. Yes, you read it right! Therefore, any profit made by the company doesn’t really impact Ratan Tata’s personal finances as it goes straight into the hands of charitable organizations.

Want to know Ratan Tata’s net worth? Surprisingly, his net worth never crosses the $1 billion mark.

Ratan Tata and his family are highly involved in philanthropic work since the inception of the company. In fact, he has made a lot of contribution to the development of India by means of healthcare facilities, enhancing the education system.

Tata group also donated ₹2.20 billion to the Harvard Business School, the largest amount received by the institute from an international donor. Tata group was awarded the Carnegie Medal of Philanthropy in the year 2007.

Besides giving a helping hand to charity, it also makes sure about the betterment of its employees. They also brought a modern pension system into effect as well as maternity leaves, medical facilities and much more for the benefit of all employees throughout the country.

In the aftermath of 26/11 attacks, Ratan Tata came forward and looked after its employees during the tough time when the hotel was dysfunctional by making sure that the staff gets their income throughout this time.

It was only recently, Ratan Tata announced that he would step forward to eradicate malaria from all across the country by investing $70 million in the construction of Tata Institute of Genetics and Society in Bengaluru. This will modify the DNA of mosquitoes to make the country free of this deadly disease. In fact, Ratan Tata will be the trustee of that institute.

“What I would like to do is to leave behind a sustainable entity of a set of companies that operate in an exemplary manner in terms of ethics, values and continue what our ancestors left behind” – Ratan Tata.

The Youth salutes Mr. Ratan Tata for his massive contribution and to make India a better place.

Business magnate Ratan Tata often hits the headlines for all the right reasons. Meanwhile, the legend himself has penned down some important tips for Indians on Instagram about how should they proceed setting up business after COVID-19 world.

“In past difficult times, entrepreneurs have displayed far sightedness and creativity that could not have been believed to exist. These became the flagpoles of innovation and new technology today. I hope that the ability to find another way to build a product, run a company, run operations a better way, will emerge as an outcome of the current crisis. I won’t downplay the challenges and the difficulties embedded in these current times.

But my confidence remains high in the inventive nature and the creativity of entrepreneurs today who will find ways to enable new or modified enterprises that would be the benchmarks of tomorrow. It can all start on a clean sheet of paper that looks at ways of doing things that were never thought of before. This crisis will force entrepreneurs to adapt and create,” Ratan Tata wrote.

Ratan Tata has invested in multiple startups. Besides this, The Tata Trust has also donated a staggering ₹500 crore to fight against COVID-19 epidemic for the purchase of PPE kits for the medical personnel, purchase of testing kits and more. Ratan Tata is an inspiration. 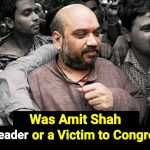 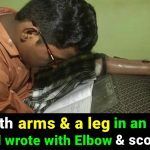